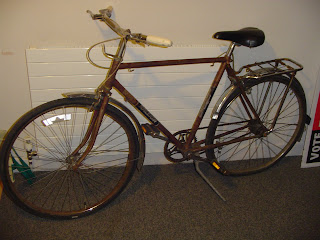 But!  It's a 1978 Raleigh Tourist Roadster LD-4.  (Judging by the hubs, Sheldon Brown, some flickr pictures, and TEH INTERNET)  It's condition?  That can only be described by denying it of it's bike-nes...specifically...it doesn't roll.  And, as my very astute roommate pointed out, rolling is key.  But come on!  It's a 78' Raleigh.  I don't know if that means anything.  What I do know is that it's a steal-lugged frame...albeit rusted...and is a good size for me.  Honestly, the best components are in the lamentable you-ride-with-that? condition.

Better still: If I can make get the frame scraped and coated, I can make minor upgrades throughout the year.  Then!  I'll either have a sweet old Raleigh that I found in a bush and fixed up, and doesn't it look great, or I can sell it on ebay.ie for about €400.  It's a sure bet!  If anyone out there knows late-70's Raleigh componentry (ie. new stuff I can get that won't not work), leave me line.

This means I'm eating Ramen for the rest of the year... 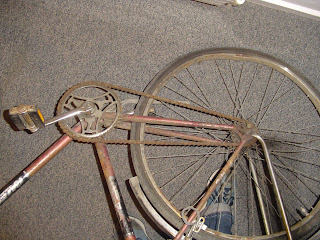 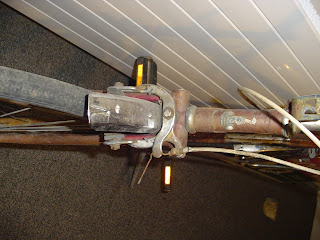 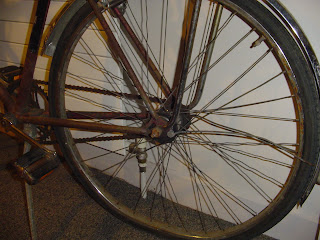